Outside of IT departments, nobody really thinks about networks until they slow down—or fail altogether. Mostly they’re invisible to the people who interact with them every day. Heck, even within IT, networks that keep chugging along simply don’t get much attention.

But as customer expectations skyrocket, businesses must transform to compete on the speed and quality of the customer experience they provide. Even seemingly non-tech categories are now being driven by technology. Enterprises are moving business-critical applications to the cloud, including functions like collaboration, CRM, analytics, POS and many more. The kicker? The underlying technology that supports these applications—the network—hasn’t changed much in nearly 20 years.

Enterprises are moving critical applications to the cloud. The kicker? Their networks haven’t changed in nearly 20 years.

As a leading provider of advanced network communications, Windstream Enterprise knew this tectonic shift was driving opportunity that their new SD-WAN Concierge™ solution could address. But first, they’d need to effectively alert customers and prospects to the threats lurking in their out-of-date networks. The solution? Well, it was a beast. 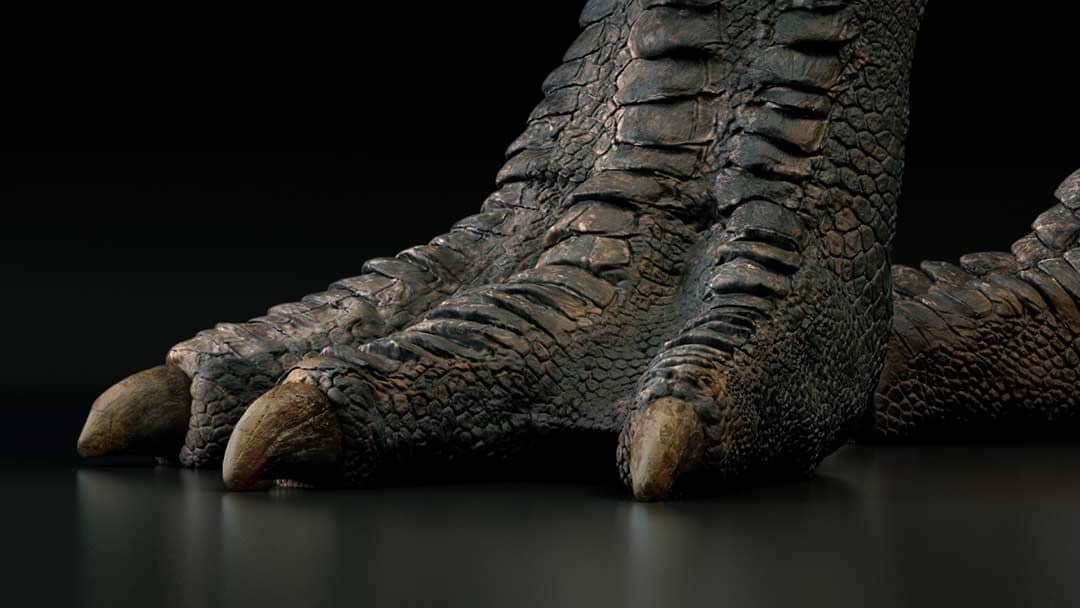 Windstream Enterprise is a market challenger: lower brand profile, scrappier attitude, more agile stance. So the creative concept needed to be bold. There also had to be an educational component to any campaign, because SD-WAN is still a relatively unfamiliar technology. Plus, we wanted to change the typical playbook. In an industry where marketing materials tend to be numbers-heavy chartware laden with speeds, feeds and acronyms, we weren’t going to be comparing apples to apples, or even apples to bananas. This was all new.

In an industry where marketing materials tend to be numbers-heavy chartware, we weren’t comparing apples to apples, or even apples to bananas. This was all new.

A scaly star is born

As teammates from Windstream Enterprise and Quarry batted thoughts back and forth, we agreed we needed to challenge our audience. Reframe their view of the world. Teach them something they’d been overlooking that was critical to their success, so that they’d look at the implications of their current networks with fresh eyes. All in a way that leads back to the SD-WAN Concierge solution. (Why yes, we are big fans of The Challenger Customer.)

We needed to challenge our audience. Reframe their view of the world. Teach them something they’d been overlooking that was critical to their success.

As we thought through our audience’s struggle to support new applications on old technology, we talked about the unseen danger that lurked. It was big. It was ugly. It was scary. It was old. In fact, it was downright prehistoric. Suddenly, the metaphor crystallized: “WANosaurus!” Desktop research into the anatomy of dinosaurs inspired the look of this custom-designed creature: a large, slow, hungry reptile that gave an unforgettable image to an obsolete network.

With a snarl and a wink, this menacing fellow calls out to the audience something they may not have realized, or haven’t realized the significance of: that their current network technology is actively putting their organization at risk. Because in business—as for all living things—it’s evolve or die. Hence the campaign tagline, Evolve your WANosaurus. 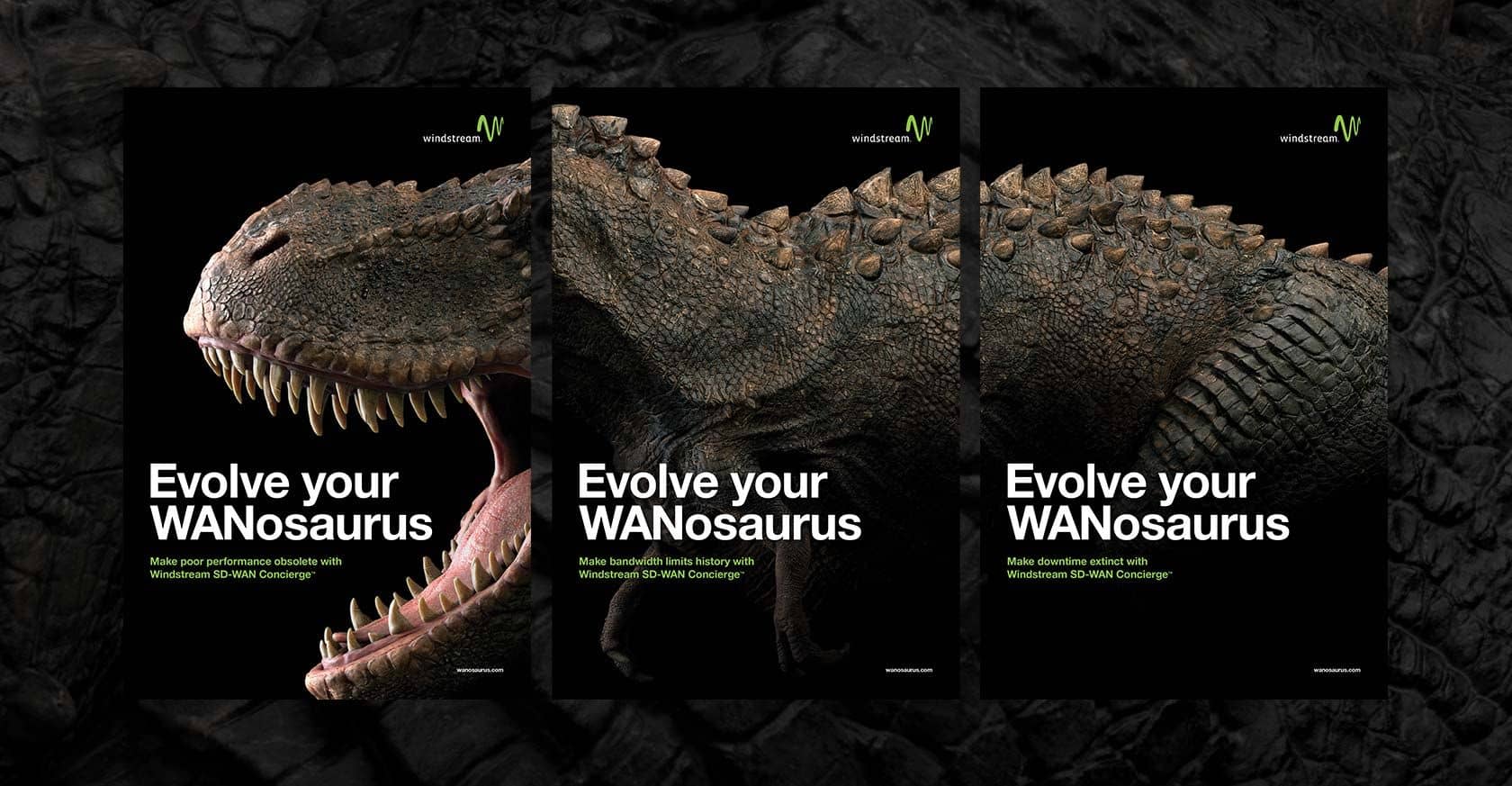 If it seems like we were having fun, we absolutely were. The metaphor has been very generative. As one of the Windstream Enterprise marketers presciently said early on,

The WANosaurus really does have great legs! It’s highly differentiating and relevant. Lots of room to play it out, in language, merchandise and to include in content.

Second, we leveraged predictive and marketing automation to deploy a targeted ABM lead generation campaign. That campaign incorporated multiple touches of high-value assets ending with a sign-up for a live demonstration of the solution.

Throughout the entire campaign, we positioned Windstream Enterprise as the SD-WAN authority. We led our audience through a content journey of exploration and education, ultimately landing on SD-WAN Concierge as their solution of choice. 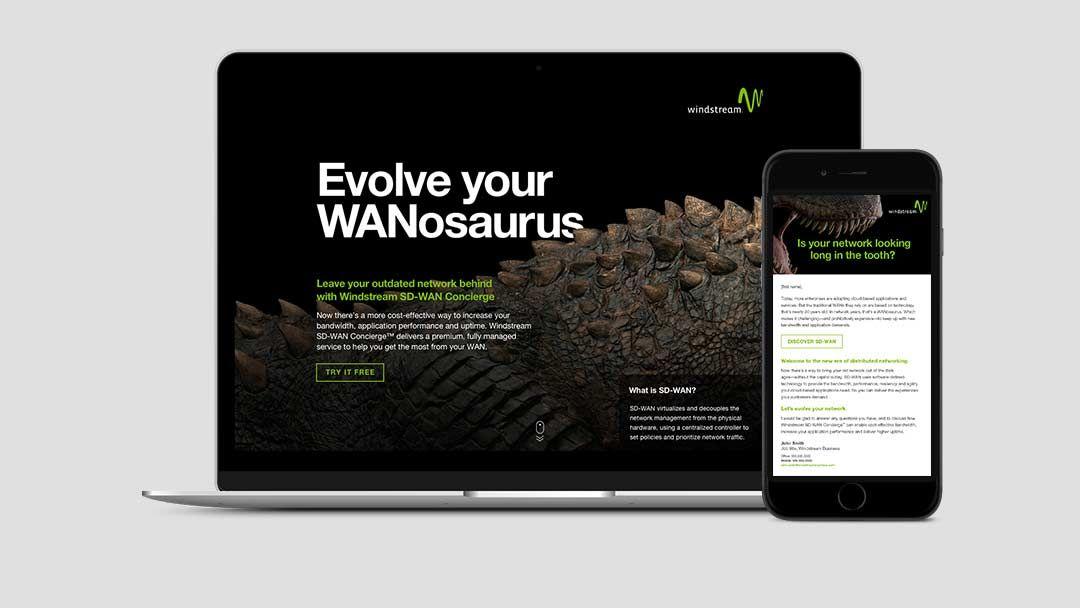 The campaign launched in the spring of 2017. By December, Windstream Enterprise announced that more than 500 mid-enterprise customers in regional banking, healthcare, retail, manufacturing and other verticals had purchased its SD-WAN solution. As Joseph Harding, Executive Vice President and Chief Marketing Officer for Windstream Enterprise, stated,

That excitement has carried over to 2018. And the WANosaurus is still stomping along on its great legs, shaking the status quo as it goes.

Alongside clients willing to be bold in their B2B marketing, it takes a village to raise a prehistoric monster. Just a few of the Q-villagers involved in this one were John Van Daele, Jeff Anton, Janna Hurren, Carolyn Niebel, Meredith Fuller, Heather Martin, Michael Palmer, Dave Whyte, David Chirakal, and Frances Ranger.