As management consulting specialists, ZS Associates (ZS) works with the biggest names in pharmaceuticals and biotech. And yet, they had an awareness problem. ZS has formed strong relationships with plenty of Director-level contacts but often flew under the radar with executives.

The team wanted to engage in conversations with individuals in roles with the ability to champion large-scale organizational change. Why? Because ZS had a big story to tell about the future of healthcare and biopharma’s unique opportunity to lead the way.

ZS had a big story to tell about the future of healthcare and biopharma’s unique opportunity to lead the way.

Getting pharmaceuticals to market is more complex than ever. Decisions are negotiated by a mix of providers, insurers, healthcare professionals and others—all of whom exert greater influence than physicians once had. And it all revolves around the patient.


Our Discovery and Insights work made clear that to succeed commercially, pharmaceutical manufacturers need to trade in their traditional GTM approach—one that, for decades, has been tightly tethered to the stages of the product life cycle—for a more dynamic and patient-centric strategy. We introduced a new framing that would anchor and inspire all campaign activity: from business-to-business (B2B) to business-to-ecosystem (B2E).

We introduced a new framing that would anchor and inspire all campaign activity: from business-to-business (B2B) to business-to-ecosystem (B2E).

Essentially, when pharma steps out of manufacturing and into the commercial space, they leave behind a linear value chain and enter into a complex and dynamic ecosystem of players. ZS is uniquely positioned to help its clients develop a holistic, sustainable strategy—and become a confident, active and involved participant in the healthcare ecosystem.

With a powerful insight as our guiding light, the team set forth on planning, building and activating an integrated ABM campaign experience that would build awareness, open doors and position ZS as strategic thought leaders in biopharma. 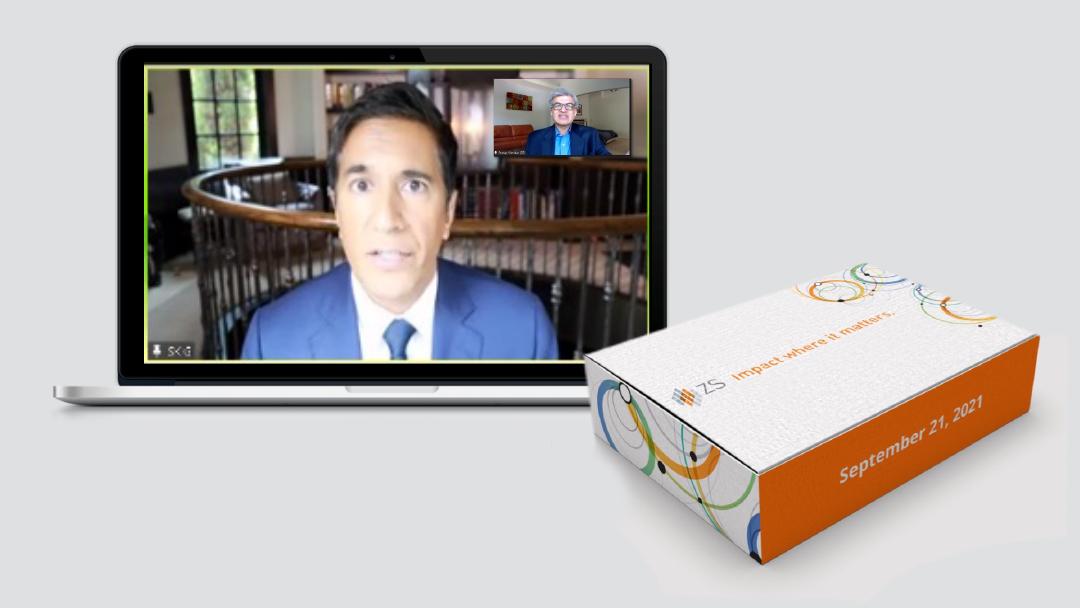 Working with Quarry’s Marketing Operations team, ZS leveraged Alteryx to pull in, process and merge data from disparate platforms, then Google Data Studio to build a reporting dashboard to track account- and contact-level reach, engagement with campaign touchpoints and progression through buying stages.

The campaign yielded an enviable 100% account engagement rate, brought in thousands of new senior-level contacts, helped position ZS as healthcare thought leaders and change makers, and influenced $40M in net-new revenue in 2021. “I was cautiously optimistic going in. Did I expect 100% account engagement? No. Was I thrilled? Yes!,” says our client Megan.

I was cautiously optimistic going in. Did I expect 100% account engagement? No. Was I thrilled? Yes!

Oh, and ZS senior leadership can’t stop talking about it in public. “Our CEO was really invested in the development of the campaign and its messaging. He loves it so much, he’s now baked B2E into the company’s vision statement,” says Megan.

What can B2B tech marketers learn from B2E? Here are a few key takeaways: