What happens when you lend iPads and tractors to five small-farm families? Video storytelling magic, an innovative marketing campaign and personas brought to life. 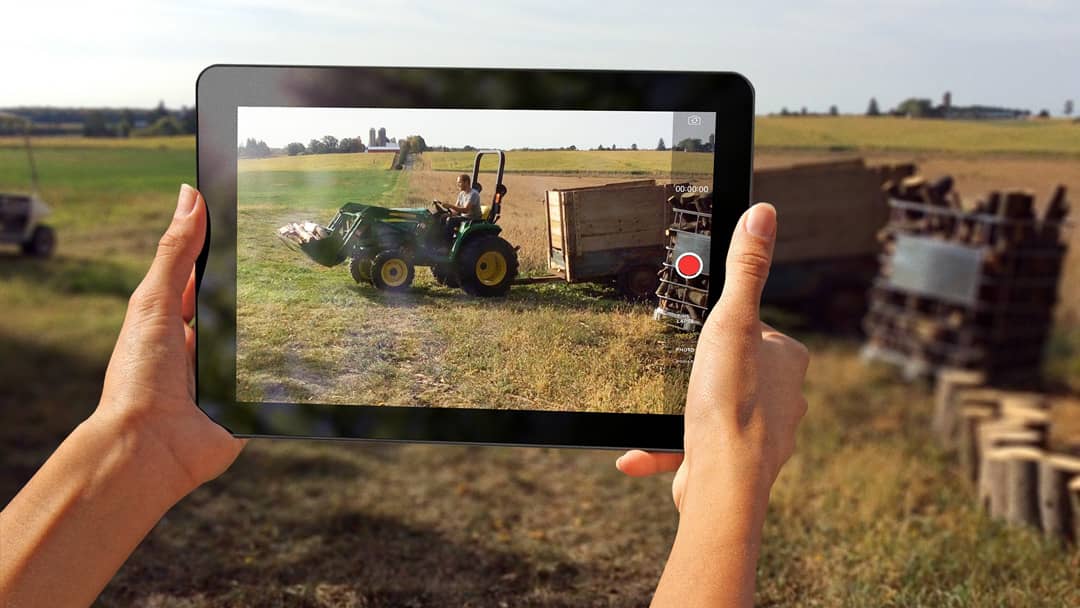 The Get Down to Dirt campaign was created to show small-scale farmers that John Deere isn’t just for “the big guys.” It engages these farmers with a microsite that houses video stories about five small-farm families—with much of the footage captured by family members themselves—and a unique offer to try a tractor. It’s a clear demonstration that John Deere really gets what it’s like to be a small farmer too.

But when we saw the videos, it was validating. It was like, ‘Yes, other people get it.’

The videos generated a visceral response for some microsite visitors. They made Natalie Breau cry. Then they encouraged her to buy a John Deere tractor.

When Breau, a full-time CPA and part-time farmer, announced she was moving to a five-acre property near Kitchener, Ontario, Canada, many people weren’t entirely supportive, she recalls. “But when we saw the videos, it was validating. It was like, ‘Yes, other people get it.’ It was an affirmation that there were similar people like us out there, who saw that there was more to life than a 9-to-5 job.”

This understanding of small-farm owners didn’t happen overnight. Behind the scenes, John Deere has done a lot of work to learn about the different kinds of farmers in its market, including extensive segmentation and personas projects in collaboration with Quarry.

The Get Down to Dirt campaign was created for a specific small farmer persona and it shows. In experience design, there is a guiding principle of “design for someone, not everyone” to stand out from the crowd and resonate with the target audience. The persona-inspiration for this campaign led to a deep sense of authenticity in the design.

Creating a sense of humanity is hard for big brands and this campaign does that.

The campaign hit the right register, balancing the credibility of the John Deere brand with the unique expectations of the audience. As one John Deere marketer said: “Creating a sense of humanity is hard for big brands and this campaign does that.”

The tone of these stories is frank and optimistic. As one of the farmers explained, “Both Ken and I had zero farming experience before we moved here. I always said when we moved in, the learning curve is straight up. We just had so much to learn.” 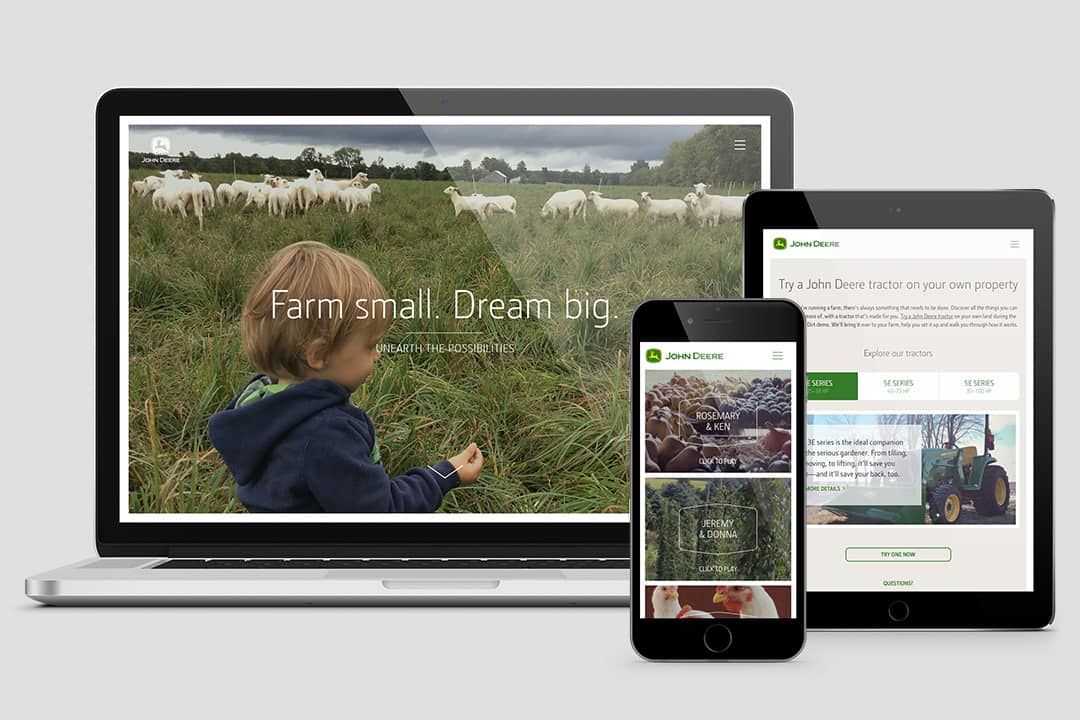 John Deere equipment dealerships promoted the microsite through Twitter and Facebook (the persona’s preferred social media), using carefully selected Twitter hashtags. Coming from local dealers, these posts and tweets gave the campaign a close-to-home feel. In addition to targeting people with similar interests on Facebook, John Deere also reached out to key influencers, engaging them with the Get Down to Dirt campaign.

Always at the heart of this campaign was the notion that shared stories and values build relationships. As the John Deere team lead for this project pointed out: “This campaign was so unlike anything we’ve done before, and it really made it clear to us how powerful stories can be. Everyone has a story and working with these farmers throughout the campaign, I feel like I know theirs so well, it was a joy to share them.” 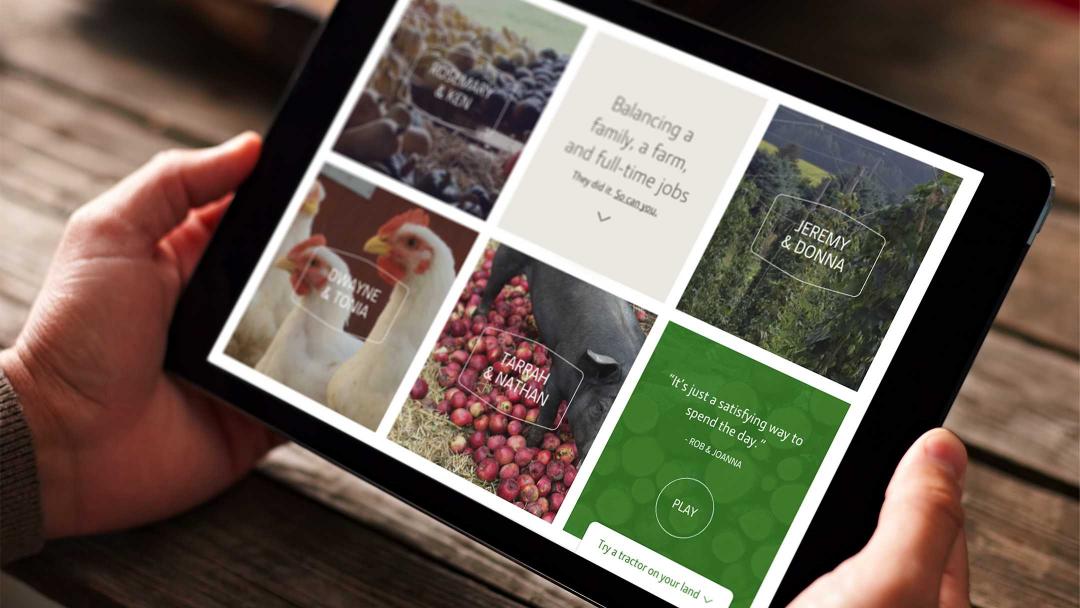 Get Down To Dirt Microsite
The heart of the online experience is the stories of five farm families told exclusively through their own voices.